A static route is easy to configure however it takes time to build manual routes so dynamic routing with routing protocol is the only choice we have when working with big networks.

In big networks, we have thousands of routes are they are constantly changing so in that situation, we have to use the advance routing protocol which helps us to easily handle all the routes, and routing protocol also provide us with many features like load balancing, auto alternative route selection, etc

In this example, you will learn to perform the basic configuration of the static route. First of all, we have to assign the IP Addresses to the router interfaces that are connecting different routers. After assigning the IP Addresses, you should easily be able to ping the devices that are directly connected. However, to reach out to the routers that are not directly connected, or to reach to the other networks, routers should have their routes specified in the routing table.

Routers can learn their routes with the help of a routing protocol, or else we can specify the static route on those routers so that they can reach other networks that they don’t yet recognize.

And to create a static route, we have to make the router aware of the other networks so that it can reach out to them. And for that, it has to go out to its interface.

Once we have configured the static routes, you will be able to see those static routes in your routing table. And finally, to confirm, you can try pinging router 2 from router 0 and check if they have been configured correctly. 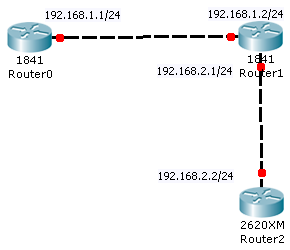 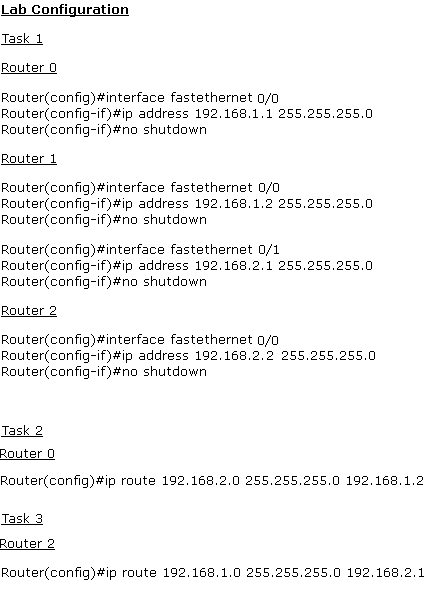